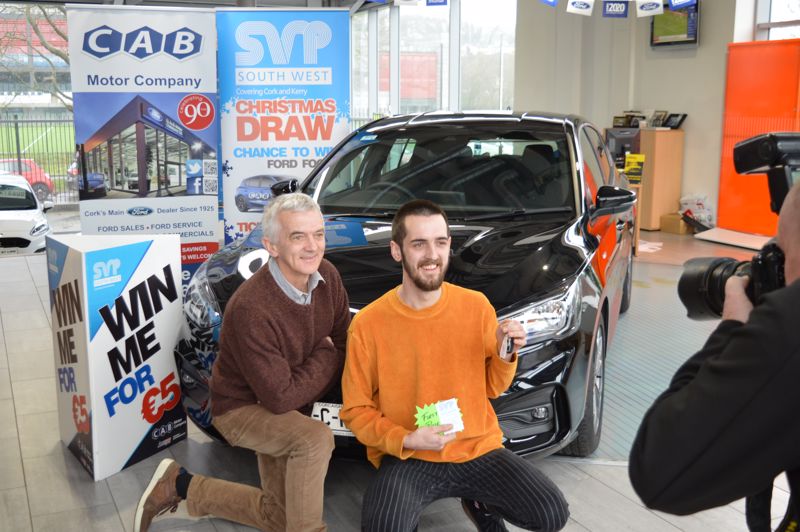 We have teamed up with the St. Vincent de Paul in Cork for the past 7 years to help raise funds for those in need by donating a brand new Ford car each year.  Starting off initially with a Ford Focus as 1st Prize – this year a stunning  2020 Ford Focus ST Line was the main attraction.

The lucky  winner of the car this year was Eoin Duggan from Ballincollig who received the keys of his new Ford Focus from Cork Lord Mayor, Councillor John Sheehan in the presence of Conor Cavanagh, Dealer Principal of CAB Motor Company and SVP Regional President,Christy Lynch.

This year the draw generated €181,882 - bringing the total raised in conjunction with CAB Motor Company over the past seven years to more than €1,000,000!

Speaking at the handover of the car Lord Mayor, Cllr. John Sheehan, thanked CAB Motor Company and the Cavanagh family for their generosity over many years and spoke of how he has seen at first hand the impact of the work of the Society throughout Cork assisting people who are in need of food, shelter and other supports.

Conor Cavanagh – Dealer Principal of CAB Motor Company said: “The SVP do great work in our local communities. Since day one, our community has embraced our business and have supported us down through the years. Now its our turn to give a little back and we are delighted to be able to support such a worthy charity”

Speaking at the event Christy Lynch, SVP Regional President, thanked Lord Mayor, Cllr John Sheehan, Conor Cavanagh and all who made the draw such a success. He said these funds will enable the many SVP volunteers to support families and individuals in local communities throughout Cork with vital supports including Fuel, Food, Education and Financial Hardship.  He spoke of a Tale of Two Cities...... not in terms of the famous Dickens story but as a reflection of divergence between those who are prospering in the vibrant Cork economy compared to the many who turn to SVP with daily struggles to survive.

Well Done to all at St. Vincent de Paul, along with the incredible generosity of the people of Cork who ensured funding was received for the important work of the Society!

Pictures below of the Car Draw and the lucky winner Eoin Duggan receiving the keys at our Monahan Road Showroom: 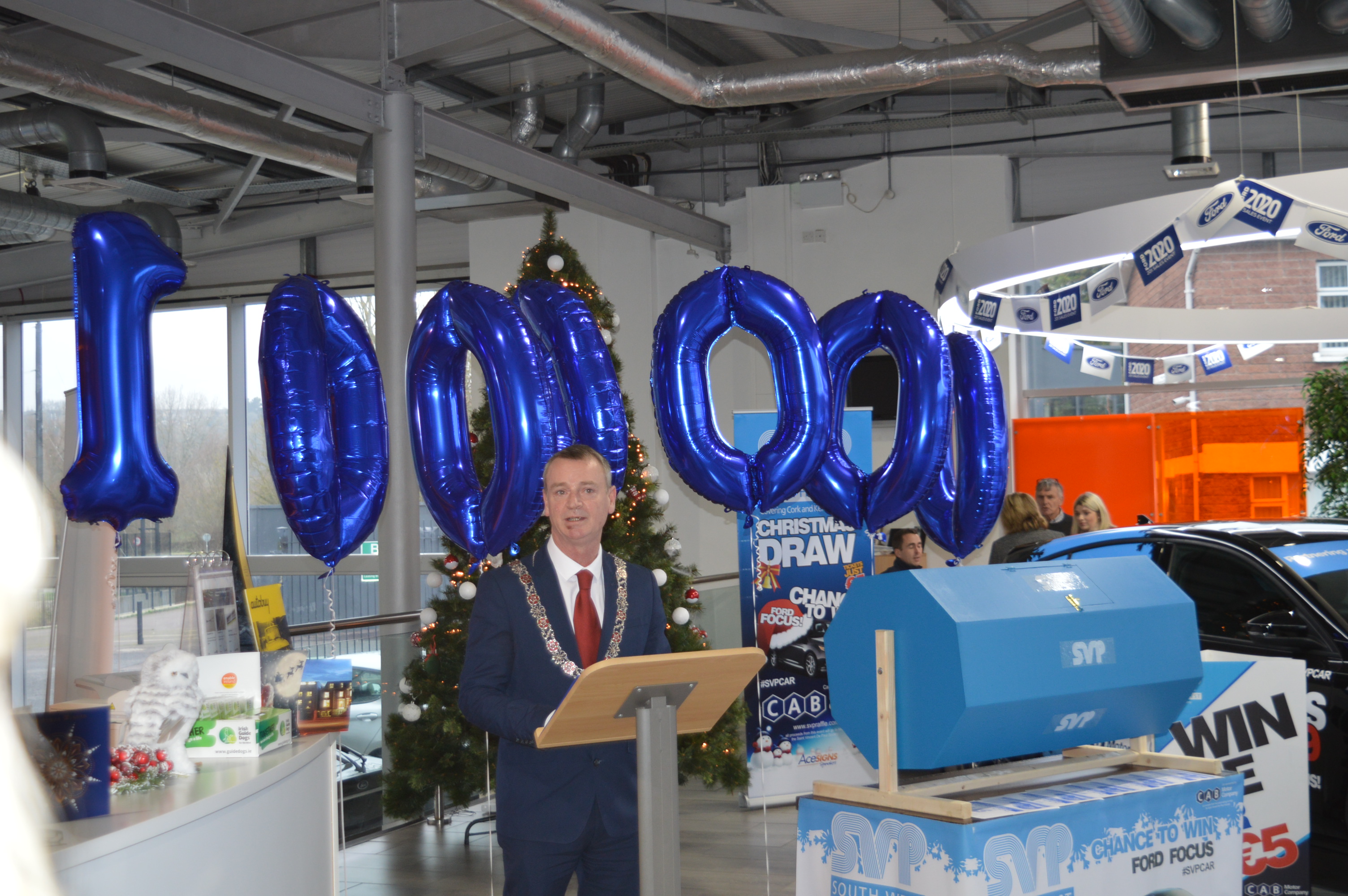 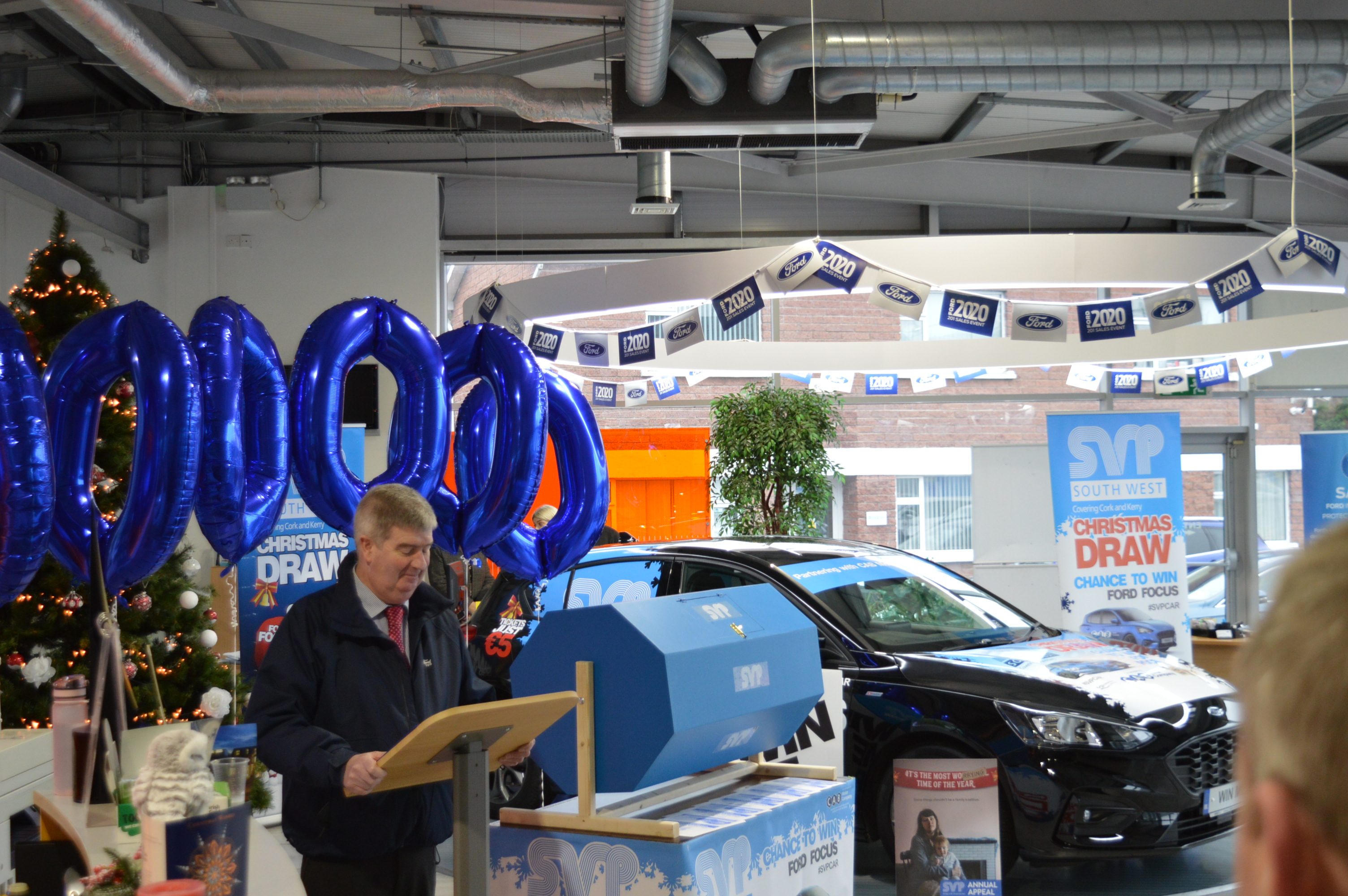 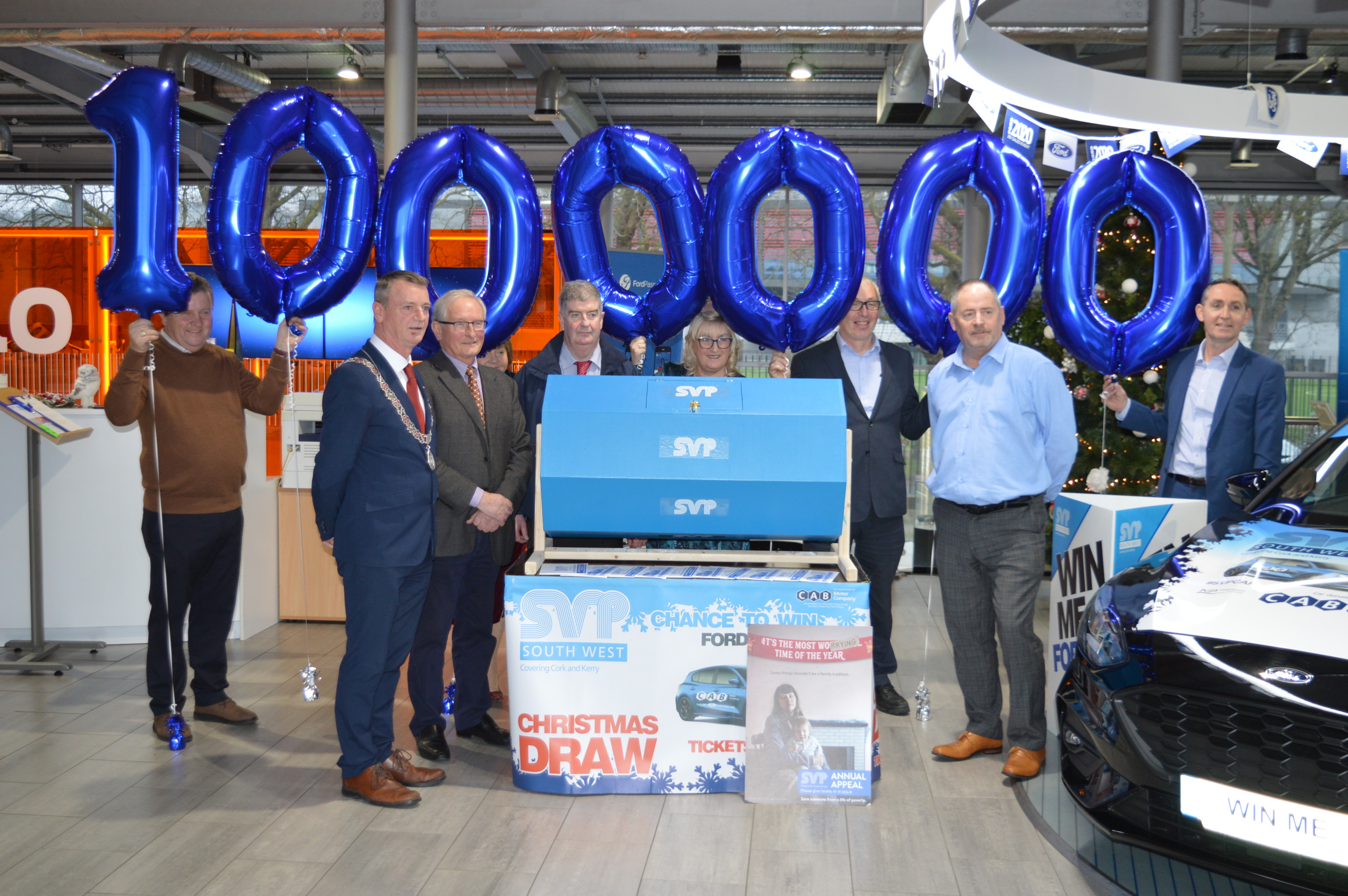 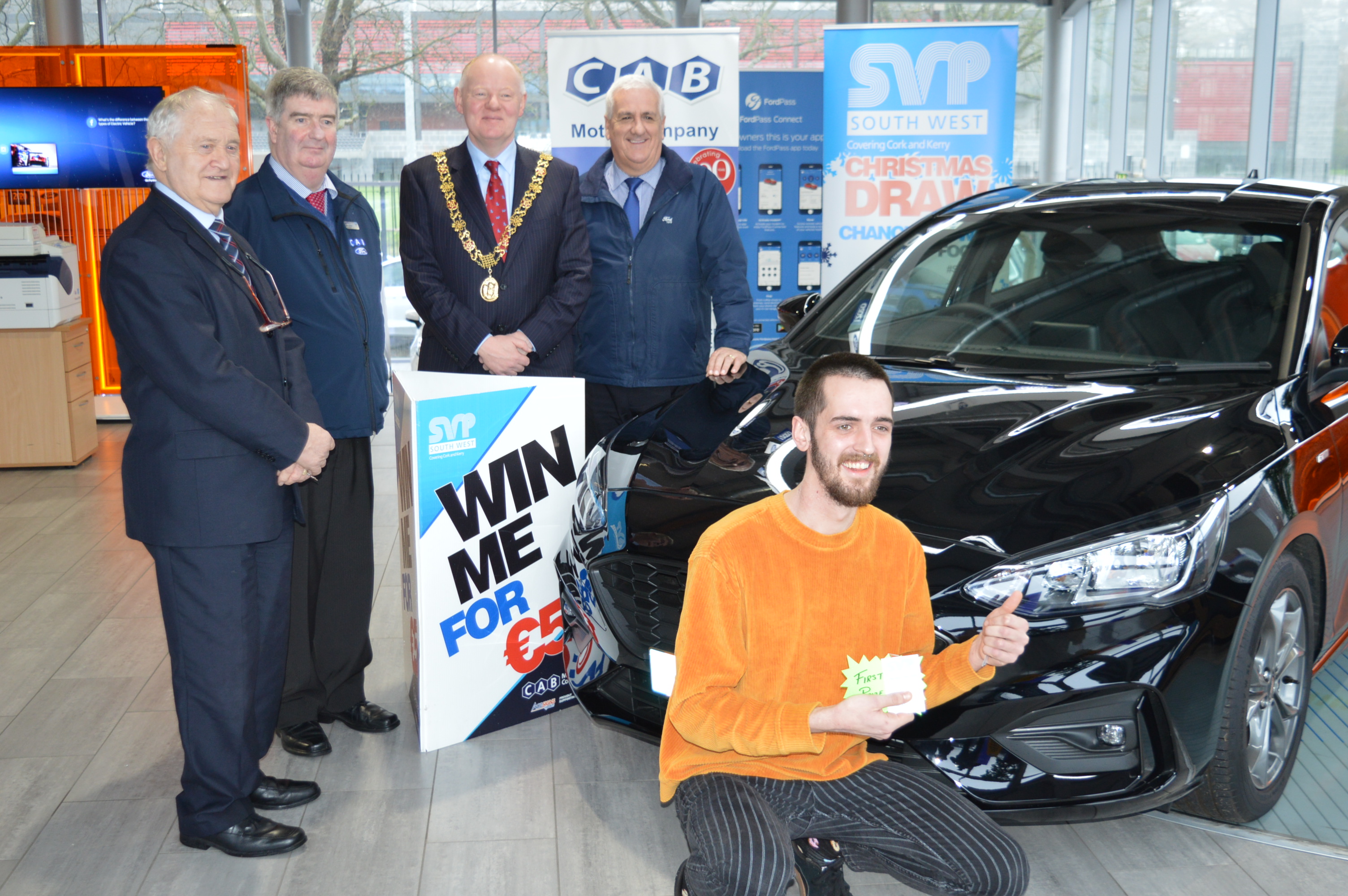 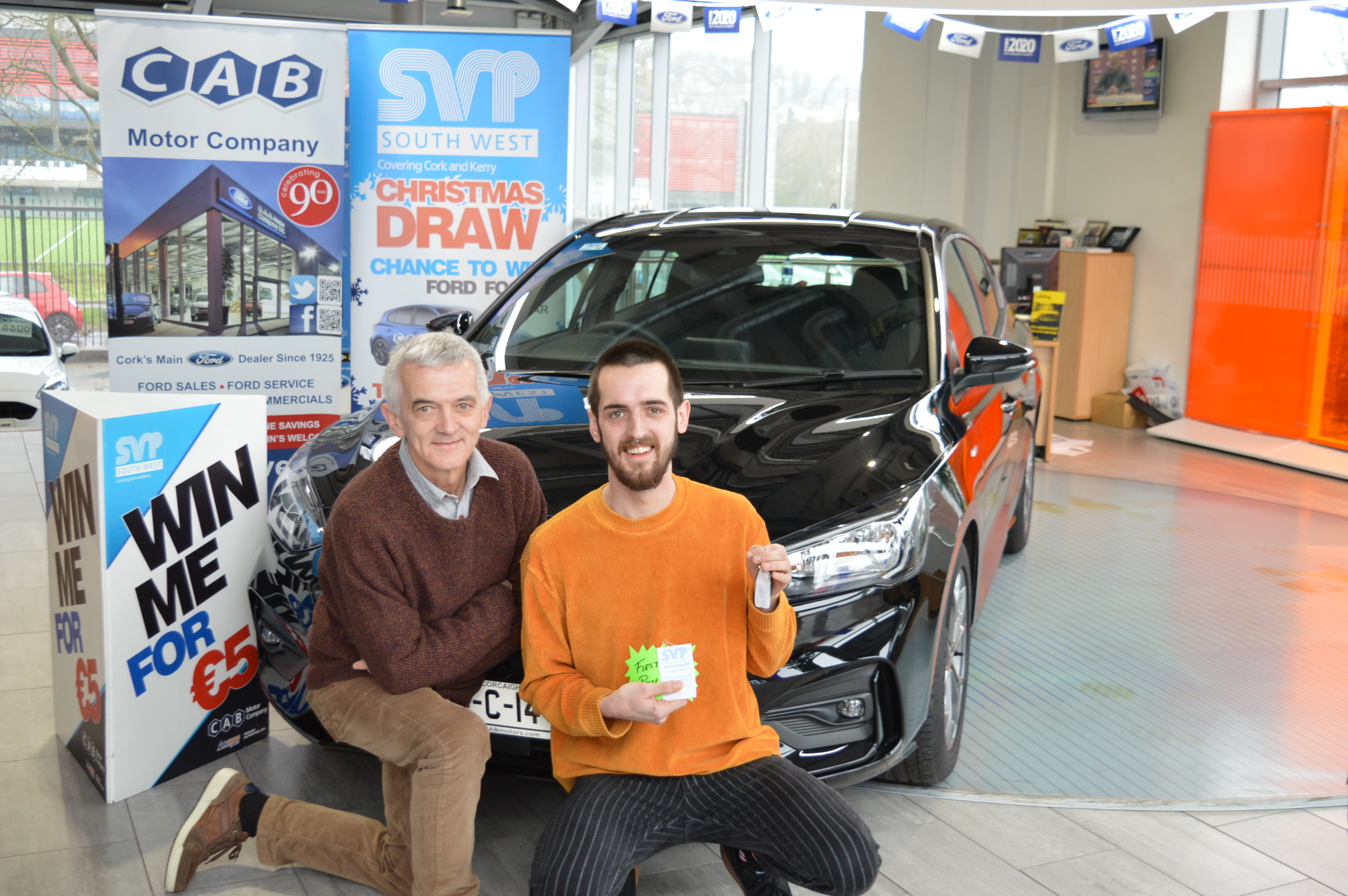 Email or Call me Back